This week I’m pleased to share this mix and feature interview with Select*Elect resident Federico Farina, 1 hour of deep house selections from the Argentinian producer and DJ.

The guys behind Select*Elect, artist collective and ex-London now-Berlin party, helped bring one of their main resident talents to my ears. Fede’s previous mixes and his own productions really appealed to me so I was only too happy to get him lined up for this podcast, a full reflection of his musical diversity.

While his roots are in Argentina, he now finds himself behind the decks regularly in the German capital. First coming into contact with dance music in the clubs of Buenos Aires, the path that led to dance music started from what appeared to be unlikely roots.

I took the time to get to know him a little better and fired some questions at the man behind this latest mix.

UKB: Thanks for taking the time to speak with me Fede. Can you tell me how you came to put this mix together for Urban Kultur Blog?

Federico Farina: For me a good set is built by a good selection of tracks that can be mixed in an interesting, way telling a story.

For this podcast I wanted to select new and old tracks following a line but also reaching the opposite sides of that line and put them together in a way to create a short and pleasant trip.

Usually when I make a podcast I tend to start super deep and low like in this case. I’m not so dynamic with changes like when I’m  playing in a club.

Podcasts are made to be heard at home, at the office, on public transport, at a pre-party, while running or even while having a romantic dinner. So you don´t want crazy changes, you are doing something else and the music is your company. It should be something that allows you to enjoy the music without losing focus on whatever you are doing. 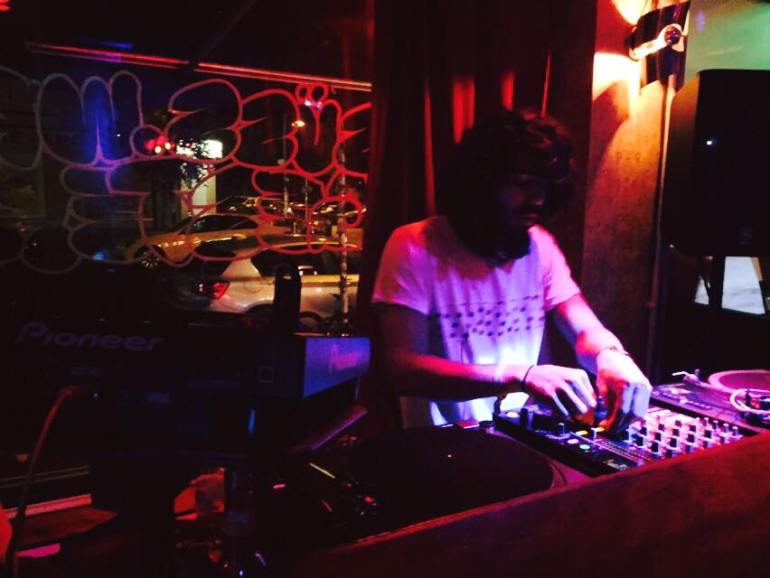 Federico in the mix.

UKB: So what was the driver to get behind the decks from the the guitar then? As a guitarist in a heavy metal band house music seems quite a long way away?

FF: Well yeah, but as I see it electronic music has influences from a lot of genres.

My first experience with electronic music (besides spending hours experimenting with the old fashioned DAWs) was a short performance where I used to mix a few tracks while improvising live with my electric guitar,  connected to a pedalboard with some effects.

It was super fun and after seeing the impact on people I was totally in. It was something different than playing with a band but in some way similar. DJs aren’t called the new “rockstars” for nothing.

UKB: So speaking a producer, how much has this musical theory helped production of your dance tracks?

Classical music, jazz and blues also gave me a lot of tools for what I’m doing nowadays. In my opinion, when you study music it opens your mind toward places you never knew were there, even if you don’t like that particular genre.

When sitting down and experimenting or jamming at the studio all these things just appear in your mind, it’s amazing how everything is applicable to electronic music in some way.

Electronic music is just so open and free, for the dancers too. I love it. 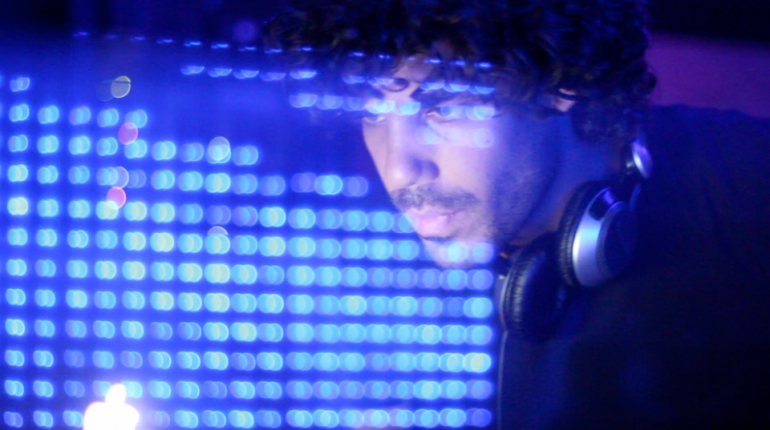 UKB: How long have you been producing tracks, and how do you feel your sound is progressing? How are you looking to build upon what you have begun – do you look for collaborations to build on what you have built yourself?

FF: Producing was the first thing I did when I started to sink into this world, even before learning to mix. I think I was 20 or 21 when I installed my first DAW on my shitty computer at that time and started to experiment by jamming, combining elements, effects and stuff. I’m 29 now so that makes 8 or 9 years.

My sound and productions have improved a lot year after year. Mostly because of that never ending search for perfection, satisfaction with the result and sharing ideas and music with colleagues and friends. Clubbing too. I consider this a key thing for producers and DJs. I usually share my music with some people I trust and collect their feedback, this is super useful sometimes.

So far I haven’t collaborated with any artists but I´m always open and looking forward. Sometimes when you have an idea in your mind and a direction you want to follow, it’s better to sit down alone and focus on developing those ideas. A collab in this case could distract me. On the other hand it could be very helpful when you aren’t happy with the result or a lack of ideas.

What would I like to achieve? Definitely releasing my first EP on vinyl as well as remixing some of my favourite and more respected artists.

UKB: The mix is a real journey with lots of different sounds but a common strand running throughout. Can you tell me what tracks definitely don’t come out of your record bag at the moment?

FF: I´m not going to share this info with you. No, just kidding!

It’s not a problem when you know that no one can mix tracks exactly like you would. DJs can have the same music but they are never going to tell the same story with them.

Some of the tracks I’m currently playing:

UKB: How did you come to get involved with Select*Elect, and what’s it been like to be a regular resident at their parties?

FF: It was at the start of this year (2015) when Valerio, the creator of Select*Elect, wrote to me on Facebook. He was interested in getting to know me and to chat about the upcoming projects for the year.

We had interests and goals in common so we thought it was a good idea to join forces. After the third party with them at Griessmühle I became a resident. 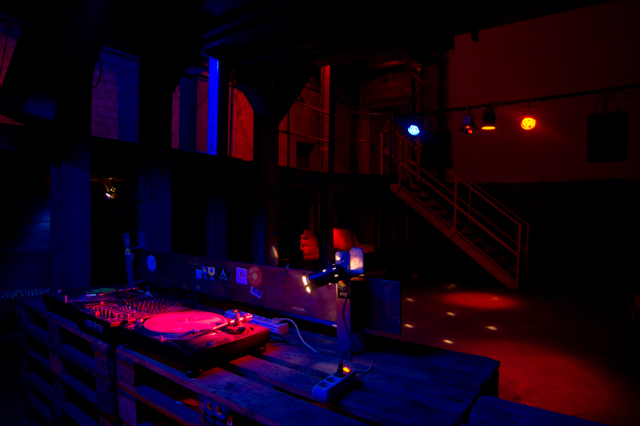 I’m really thankful for the opportunity he gave me, especially in a city like Berlin that is full of artists. The competition is huge and nobody can stop working because nothing is taken for granted.

UKB: The Select*Elect parties appear to have a loyal following, what do you think makes them unique?

FF: The parties are always super fun and different. We change venues, times of the parties, and there are cool guest artists and different people.

But I think what makes the parties unique is the team always tries to work in a relaxed and nice way. As a result of this a very special vibe is achieved at every party and the people seem to enjoy that.

UKB: So finally, what’s coming up for you now? Any new releases in development?

FF: I´m expecting some releases at the end of this year or beginning of 2016. I just finished some cool tracks and sent them to some labels that are interested in my music and I have some more still to send, as well as other tracks to finish. So it´s never ending…

Thanks to Fede for spending time answering my questions, a really interesting guy! Looking forward to checking out those releases next year.

Next up, I chat to Val, the Head of Events and Promotion at Select*Elect, to find out a little about the relocation from London to Berlin, and plans for the future.