UKB recently caught up with Hannah Adamaszek, a freelance artist based in the UK who played a big part in the success of the recently finished Brandalism project and has contributed yet more large scale work at this year’s Boardmasters Festival in Newquay. Having spent much of her 20s travelling she’s now attracting interest with a style influenced by her days on the road meeting people and experiencing new cultures. She’s not afraid to test out a variety of different media either, feeling just as at ease with a set of paint brushes as with the street art staple, stencils. 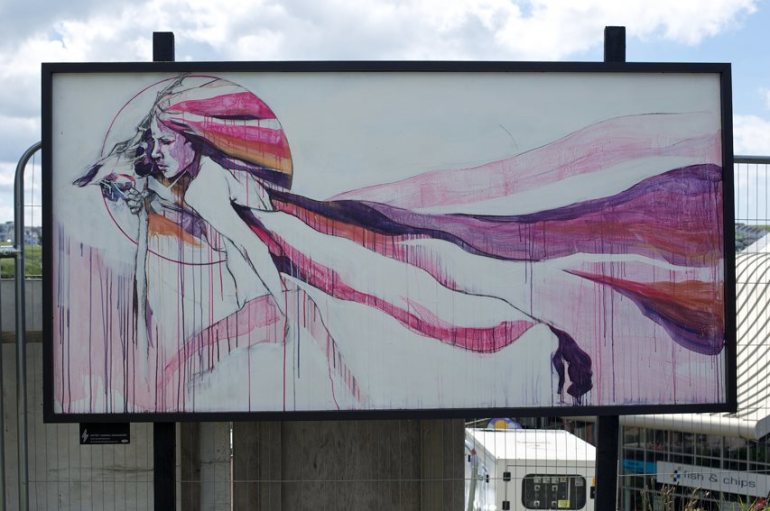 Part of her inspiration to create art comes from relatively unremarkable aspects of life. The ordinary aspects of our day, while perhaps not particularly noteworthy for most, have allowed Hannah to create powerful pieces such as ‘Coal Miner’ and ‘Drunks’ that help her to express her view of the world today.

The Brandalism project – a project designed to attack the destructive impact of the advertising industry – allowed her to sink her teeth into a larger scale public art project on the eve of the London Olympic games. This year seemingly more than ever the event has been hijacked by advertising execs imposing often farcical branding regulations throughout the 17 day event.

In a direct response to this and the often ill-considered suggestions made in advertising relating to body image and wellbeing, Hannah used her billboard space in Bristol to show the contrast of nature against the decay and unnaturally underweight models. The blending of street art and fine art flavours helping to force the point home. 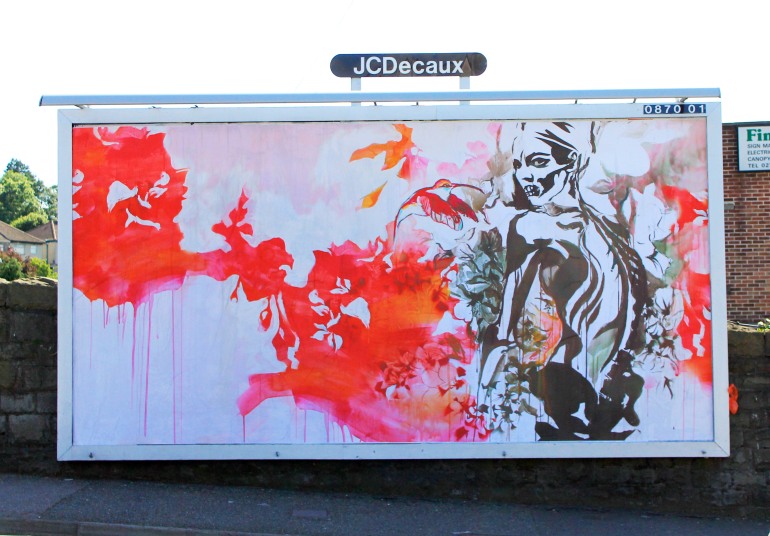 She went on to explain that “the use of underweight models in advertising is putting pressure on us imitate them as advertising emphasises being underweight as standard”.

“They lure us into an unhealthy lifestyle promoting eating disorders. I wanted to make a picture like the fashion and cosmetic ads that’d I’d seen, pulling people in with the model surrounded by an excessively pretty environment”

Hannah’s work can be found on her website www.hannahchloe.com / www.hannahchloe.bigcartel.com. You can expect to see her exhibiting her work both at the Manchester Art Fair as well as at the Curious Duke Gallery in London in the coming weeks and months. Keep an eye out! UKB