The northern end of Brick Lane is undoubtedly one of my favourite spots to appreciate street art in east London.

The patchwork of graffiti covers all but a handful of spaces and it’s testament to the work of Cambridge born-and-raised Mr Penfold (often joined by his creative accomplice Malarky) that his work stands out as some of the very best. Worth noting that Brick Lane and the surrounding streets holds work from the likes of Roa and Jimmy C too… 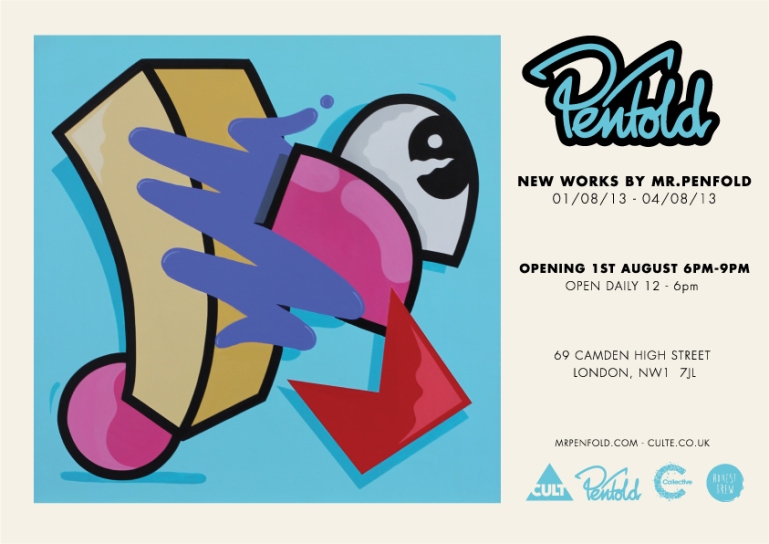 Ahead of his pretty unique exhibition from 1-4 August at 66 Camden High St, I caught up with him to discuss his work, how he’s been developing his style, and what exactly we can expect from ‘An Audience with Mr Penfold’…

Born raised and currently living in Cambridge, Mr Penfold left school at 15 and taught himself how to draw and paint. He is now a successful artist and screenprinter. 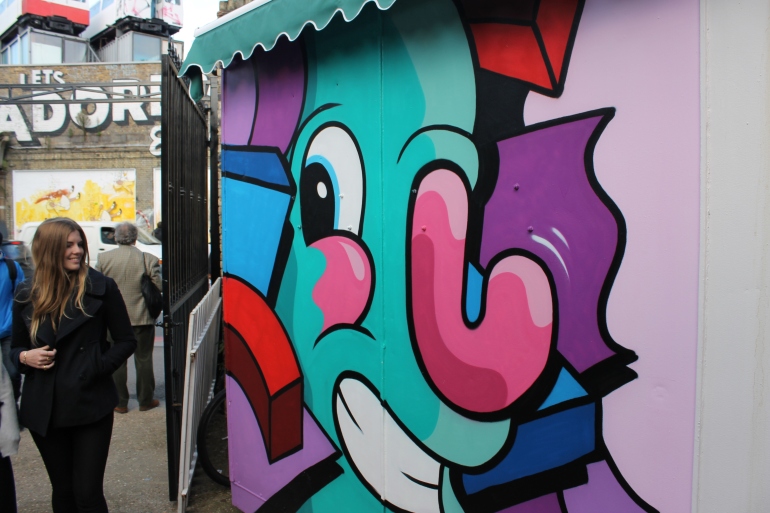 UKB: Have characters always been what you’ve painted, at least until more recently with more abstract stuff?

Mr P: When I first started I painted letters but as I got better with a can it gave me the freedom to paint whatever I wanted. That’s when I really got into painting characters, plus my letters were never that great. 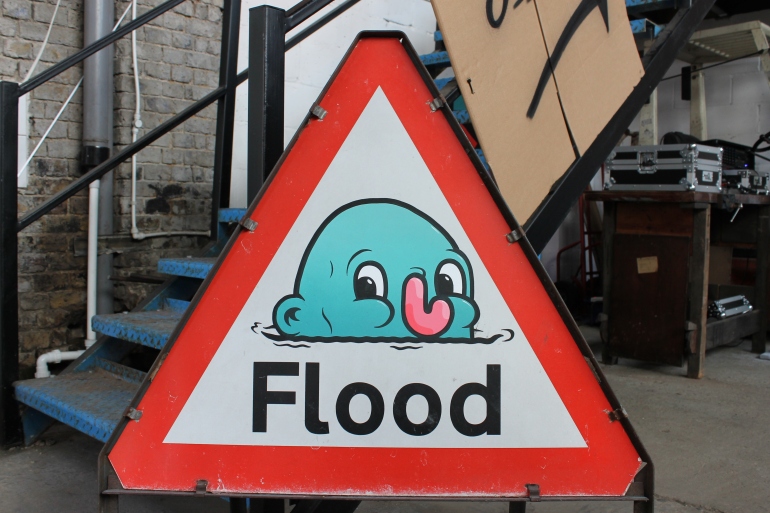 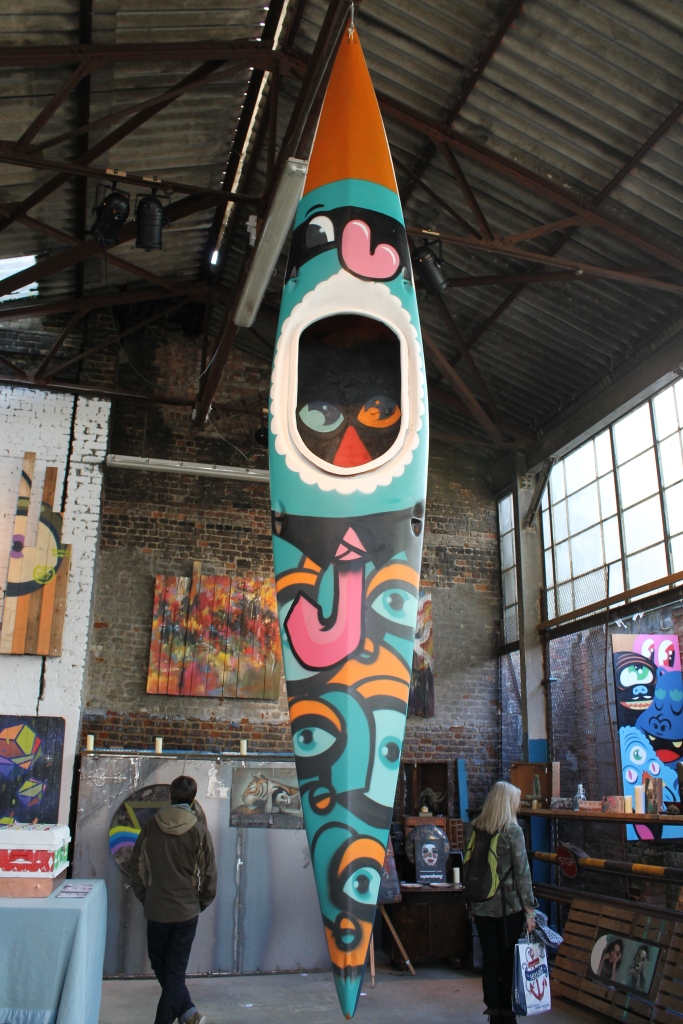 UKB: So, who are the characters you paint? Are they depictions of people you’ve met? How have you translated them into your work?

Mr P: The characters I paint now don’t really have a direct link to anyone. In the past I’ve based characters on people who used to come into a pub I was working in, but as my style changed the character and narrative side of my work disappeared.

There are elements that are still in there, though. The nose came from drawing old boozed up dudes that use to drink in the pub. They had massive red noses and big rosy cheeks. Over time the nose developed and turned into the ‘J’ nose I paint today.

UKB: Aside from old chaps with noses like Alex Ferguson, where else have you drawn inspiration from, art-based or otherwise? Do you have any other creative outlets other than painting?

Mr P: Growing up in an artistic household I was always surrounded by art and music. As a kid I was never really into the work my parents had, it was always abstract stuff. But as I grew up it became a huge influence and now it’s that kinda stuff I look at most.

As for other outlets, I’ve dabbled in making music a bit, but never stuck with it. Maybe one day I’ll get back into it or maybe I should leave it to my brothers… 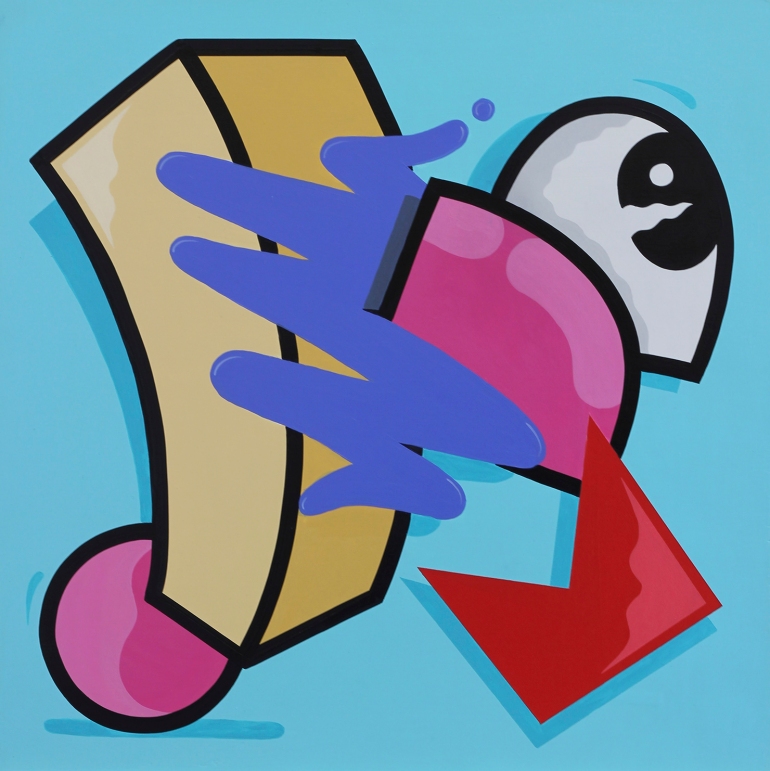 UKB: How did your Malarky collabs first come about? Of all the guys you collaborate with, he’s probably the one that your work (in London, at least) has appeared with most.

Mr P: I first met Malarky at a Subism show we did together at the Red bull studios in 2010. We all seemed to be on the same vibe with painting. It was all just for fun. Going out painting shutters and drinking street beers.

UKB: Malarky included, you’ve worked with some of the most distinctive artists around at the moment, particularly in London with Sweet Toof, but also in Berlin with Low Bros and Billy. What do you enjoy most about working with these guys, and why do you think these collaborations work so well on the street?

Mr P: I guess it works well because we’ve all got different styles. It’s always fun to paint with these guys, we all have a super relaxed attitude towards paintings, we just let it happen and roll with it. Most of the pieces I painted with them have no sketches; we just jam and let it happen.

UKB: Any new collaborations in the pipeline? Or any with an artist that you really like the work of and haven’t worked with before?

Mr P: Yeah I’m sure they’ll be plenty coming up. Just have to wait and see. All depends on who’s out drinking!

UKB: Your upcoming exhibition the new print you’ve released is quite abstract in its composition, maybe more than some of your stuff over the past few years? I also noticed a wall you were working on recently posted on Instagram with a similar look/feel. Is this likely to be a feature of your street work from now on? How do you keep your work fresh/new/exciting?

I’m always drawing and expanding on ideas. I think the more I draw and the more i become obsessed with it, the faster the work evolves and changes. 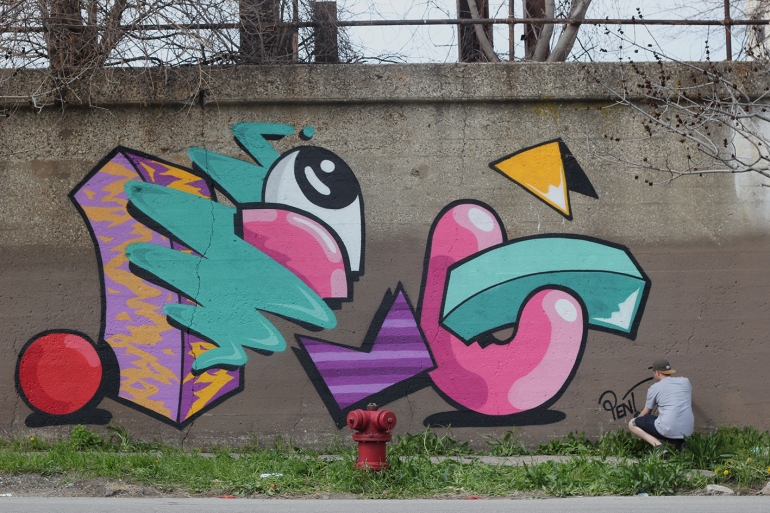 UKB: The exhibition is over a short period, but I’m imagining it to be pretty high impact stuff – what can we expect from the 4 day stint? ‘An evening with Mr Penfold’ sounds exciting! Can tell me much more about the experience for 3 senses (sound / vision / taste) will all three be as vibrant?!

Mr P: Yeah I hope so! I’ve held off doing a solo show in London for a long time now, I wanted to do something that felt right and wasn’t the same as every other show.

For this exhibition I’ve teamed up with a good friend who is doing amazing pop up dining. He’ll be taking care of that side of things. I really excited to see what they come up with!

There will be meals happening throughout the duration of the exhibition. You can find out more here: http://billetto.co.uk/aneveningwithmrpenfold

Alongside will be some rad beats at the opening.

UKB: Love the new screen print that you’re releasing at the same time, is there a story behind this one?

Mr P: There isn’t really a story behind this print. After doing my ‘Index’ print at the end of last year I’ve wanted to do something more abstract. There are still elements of my characters in there, but it’s more about the shapes and colours playing off one another. 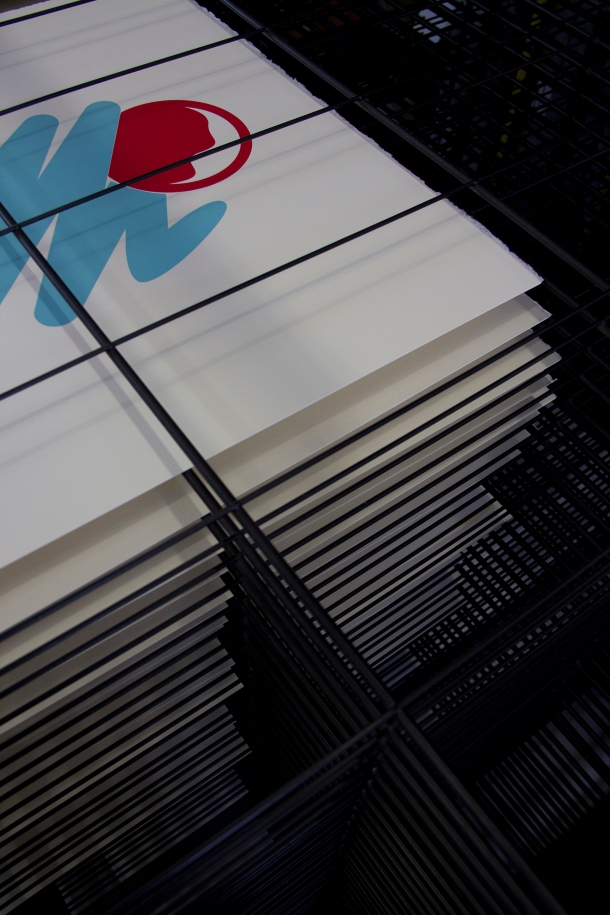 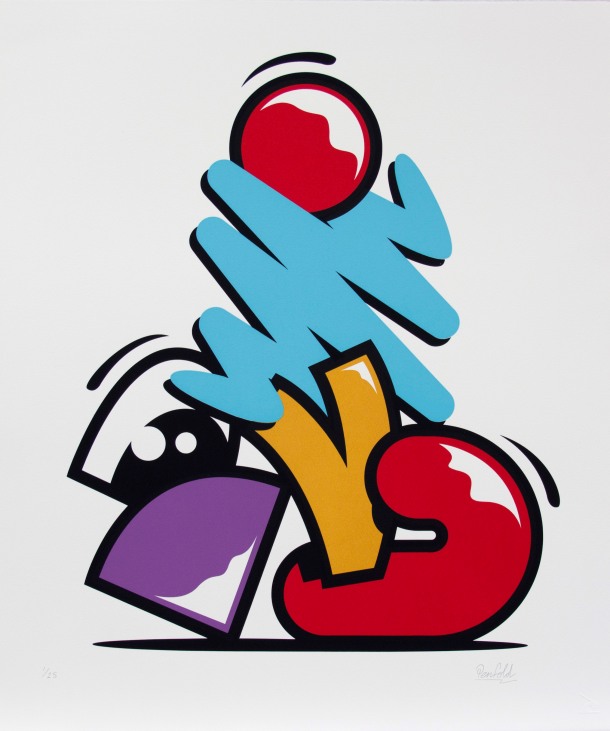 UKB: Think I saw via Instagram that you were at Glasto – have a good time? Presuming you weren’t painting, is there a future for ‘street art’ at festivals like Glasto with other avenues being pursued, thinking comedy/art/poetry at places like Latitude/Rockness etc? Something you’d be up for?

Mr P: Yeah Glasto was intense. It was my first time, so it was pretty mind blowing.

There has always been art at festivals. I think it’s something that goes hand in hand. Every year it seems they are putting more time and budget into the art side of their festivals.

Over the last few years I’ve painted at a few festivals, I was invited to paint at Outlook in Croatia a few years back with the Lava collective, That was good fun!

UKB: So, to wrap up,  give me 3 words to sum up your work or persuade people to come down to the show…

Big thanks to Mr. Penfold for taking the time to answer these questions. If you’re in London anytime over the 1st to the 4th, please check out his exhibition (details in the flyer at the top of the interview), and let us know what you think. Looks set to be something pretty special…UKB