It’s hard to believe it’s been 2 years since Unseen snuck onto the Edinburgh club scene. From the city’s home of techno at Studio 24, they’ve welcomed consistently solid guests to help bring that ‘back-to-basics’ warehouse atmosphere to those in the know.

With their focus purely on music, refusing to be swayed into booking ‘big name’ DJs to sell the place out, the quality of selector supported by the Unseen residents is never in question.

Unsurprisingly, their 2nd birthday celebration was no different having secured for the evening the services of R&S Records’ Paula Temple – a real coup.

Temple, whose making people stand up and notice after slipping off the techno scene following the release of her 2002 EP Speck of the Future, delivered a live/DJ hybrid show to match any that have gone in the past 24 months at Unseen.

And she certainly made sure we knew what all the fuss is about, with a heavy industrial techno set that we’ve come to expect from the night, but definitely raised the bar for the occasion. 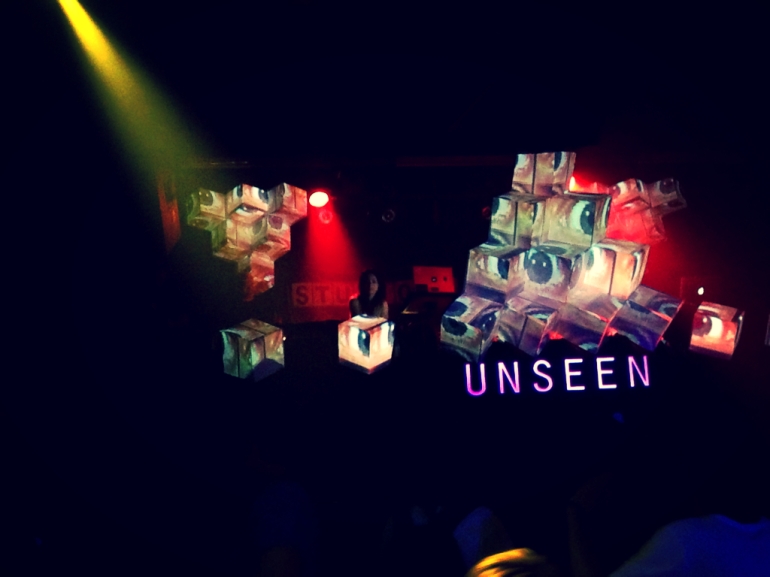 In fact, I think Temple’s set was one of the most thundering I’ve heard anywhere for a while, so much so that the amazing (and trippy) visual display by VJ PlanetArm was temporarily dislodged and ended up at the front  of the stage, thanks to the fierce vibrations!

She’s also been one of the only DJs I’ve seen lately who gave into a short lived T in the Park style ‘one more tune’ chant and fired up an additional 5 mins for the crowd. A crowd that, it should be said, is consistently one of the best natured and genuinely enthusiastic in town. All in all, another great night. I really hope to be celebrating another 2 years, at least, with the Unseen residents and their impeccable guest selections.

Following such a great set, I caught up with Paula for a quick chat to pick out her top 5 tracks from time here in Edinburgh. For those of you who were there, sit back and reminisce. For those that weren’t, listen and curse yourself for being so foolish!