It’s been quite quiet on Urban Kultur Blog throughout much of December 2014 as I took some time off from writing, but managed to fit in a really great trip to Barcelona in which I roamed the streets of the city and came across some great work from old faces and discovering some amazing new artists too.

Like the recent virtual tour of east London I’ll be doing the same for this trip, with the first blog covering El Barri Gòtic (the Gothic Quarter) and El Born. The second part covers the dynamic El Raval, El Poble-sec and Gràcia, probably my favourite parts of this Catalonian urban jungle.

As it was a few weeks back, the routes I’ve shown are really as a rough guide, especially within El Born. It was easy to deviate from the main roads and disappear down the many alleyways in search of shutters and doorways. For the vast majority of my time within this area of the city I had no idea where I was in relation to Passeig del Born…some guide!

Roaming data charges were not an option, so it was down to critically under detailed map and pigeon’s instinct…

Having taken the metro to Les Rambles, I walked near enough the entire length before dropping off to the left into the Gothic Quarter. While heavily touristic, when diving down alleyways and even occasionally on the main routes, there was plenty of work on the walls.

Pretty much my first find of the trip was an older piece from C215 (Christian Guemy) on one of the typically grand entries to apartment buildings in this area. 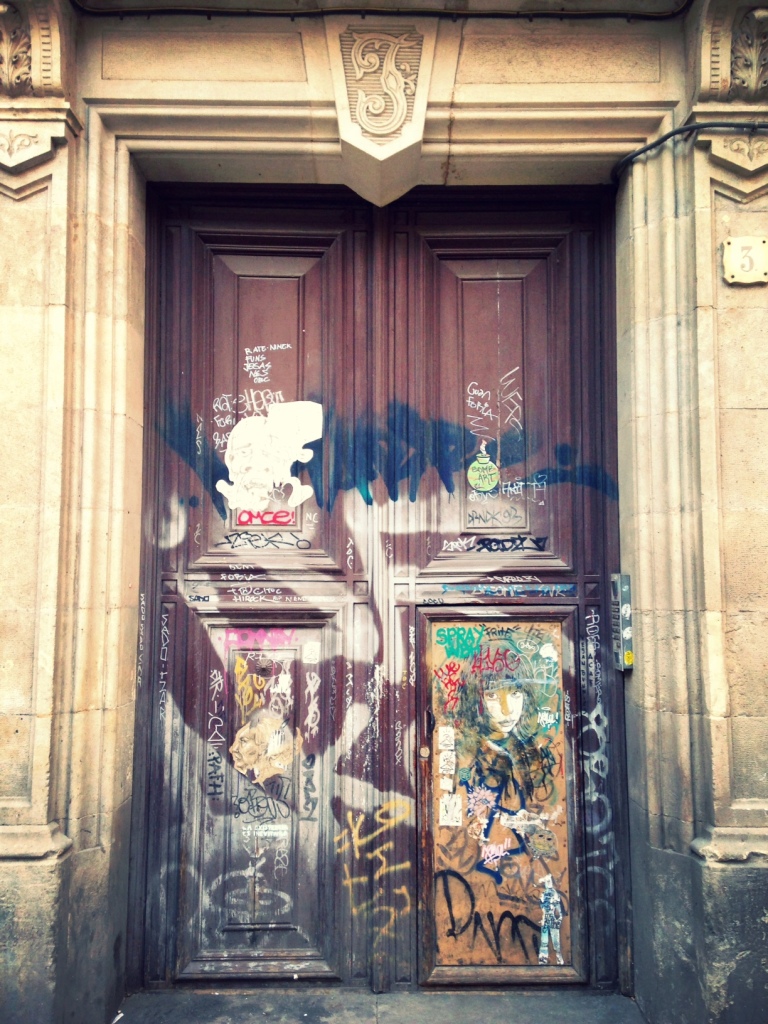 Throughout El Barri Gòtic and El Born there were so many paste-ups and posters, a couple of examples of those from artists who had a lot of work in these areas are below. It felt like pretty much every wall or door had at least one up there. Zone’s “bomb art” featured heavily throughout the streets of Barcelona as paste ups and a variety of other forms. 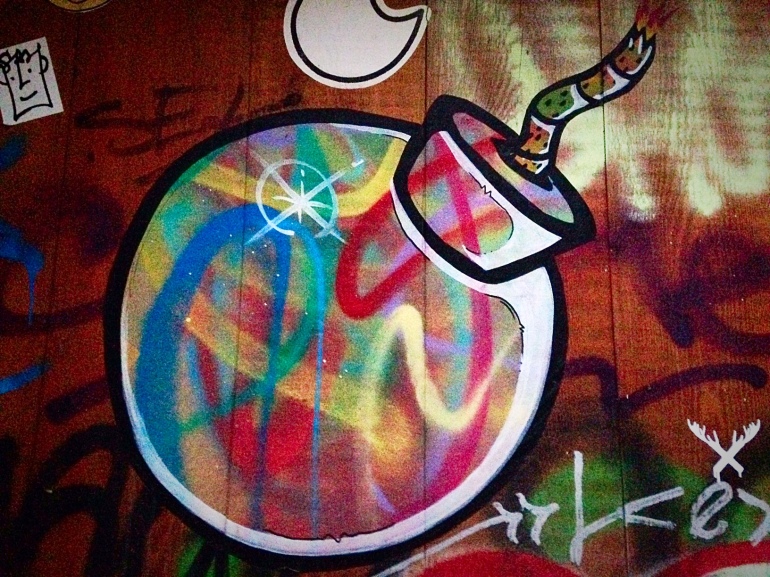 Further east and down into quirky El Born, crammed with independent shops, bars, cafes and restaurants and covered walls.

One of the many new artists I discovered during my time here was Momo whose caricature-esque posters with really vivid colour were really cool. Unsure if these are of anyone in particular – I can’t make up my mind That obviously doesn’t take anything away from them, but shows my ignorance instead…

I only came across a handful of these but they were among my favourites.

Some of the doorways and walls were so heavily tagged, painted and covered in stickers that on occasion there were some gems hidden behind the layers. See if you can spot this old Alice Pasquini piece nestled in here.

Another new artist whose work I saw a couple of examples throughout the city created these really detailed and intricate posters in black and white. Unfortuantely I was unable to identify the artist, so any help on the name of the artist would be much appreciated, as I’d really like to check out more of their work… 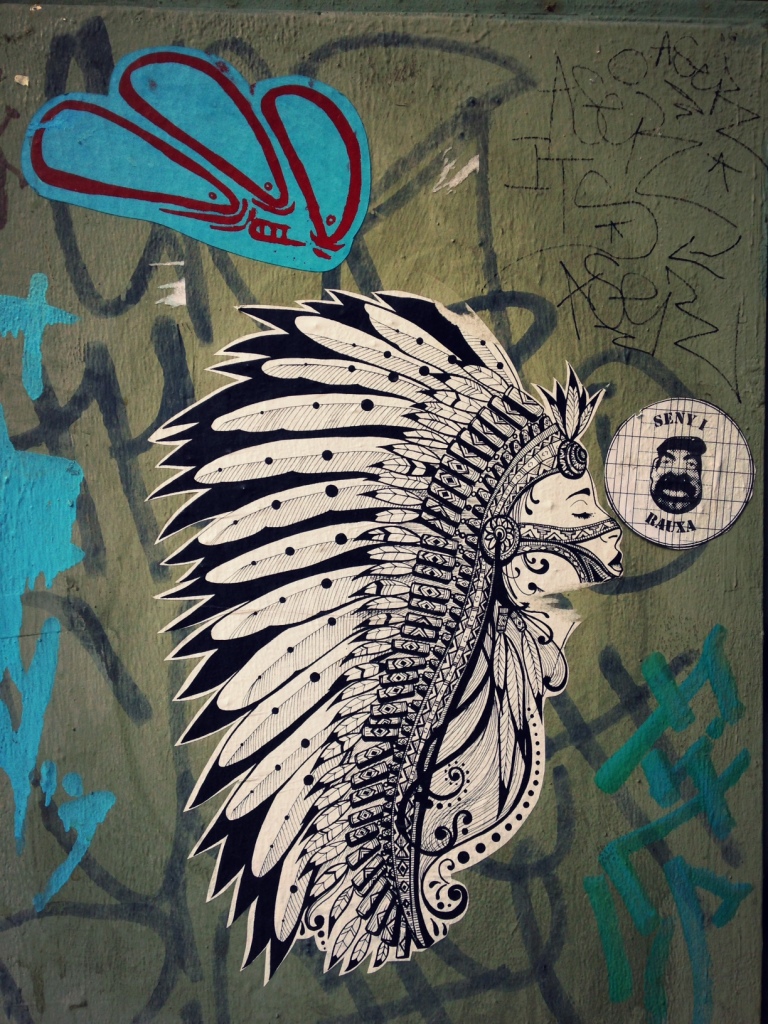 More unknown poster goodness from this artist – potentially called SHNSHNSHN? Tapping into the latest 21st century obsession of selfies. You can believe in yourself(ies) with our without the narcissist’s tool of choice, the “selfie-stick”…

There were some really nice pieces from Ozzy throughout the city (particularly in Gracia and near Poble-Sec – more on that in part 2 of this shambolic online tour) but I was a particular fan of his work, and these posters especially. 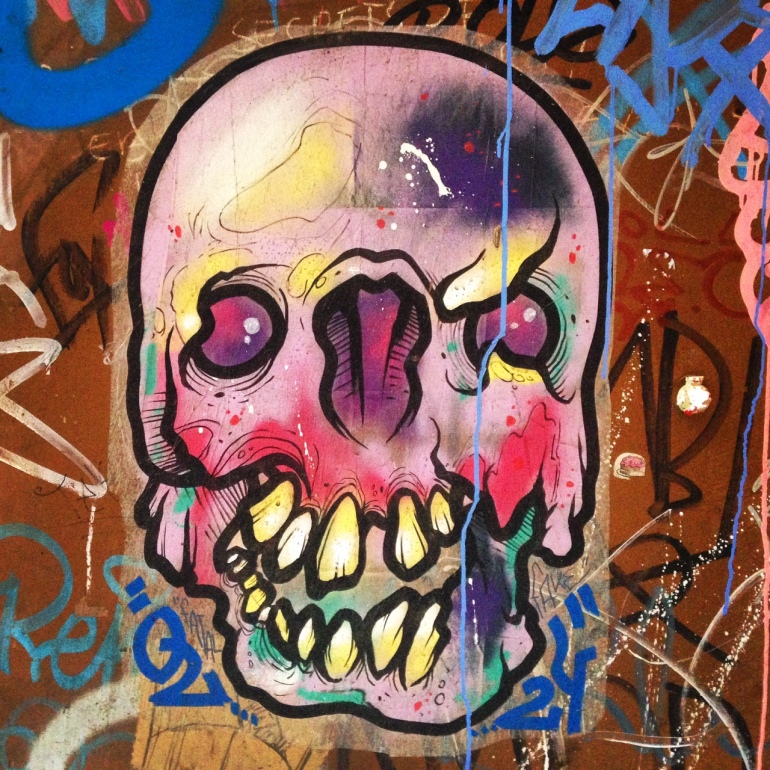 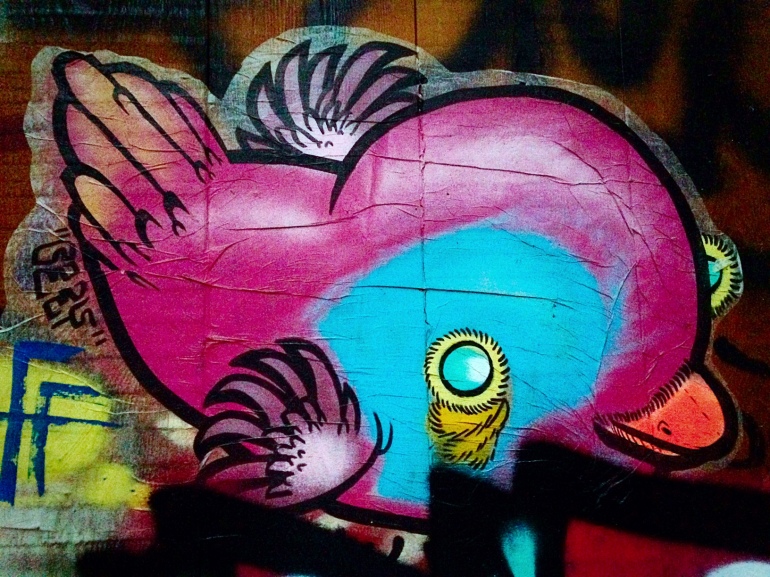 The cage over the ballot box symbolising that whatever the vote, the outcome would make little difference to their current situation.

The highly political piece not far from the fantastic Arc de Triomf proclaims that “Despite everything, I, we, you, are free! Independence!” – an indication that the spirit of the people remains as strong as ever.

In the second part of this Barcelona street art tour, I’ll be talking about some of the coolest pieces from Gràcia, El Raval as well as Poble-sec, three of the most diverse and exciting areas that I spent time in.

With El Raval traditionally being the working class neighbourhood of central Barcelona, it was home to some very interesting social/political artwork.

Check back for more on this shortly…