We’re right in the thick of Edinburgh’s purely volunteer run arts and music festival just now. Rival Consoles‘ arrival in town on Saturday marked the first in a week long series of personal musical highlights set out by the Hidden Door organisers.

I had my eye on this one since being given a tip to check out his latest EP “Howl”. Further online investigation raised an interesting comparison with the likes of Nils Frahm and Jon Hopkins. A date was set. Tickets duly acquired.

Ryan Lee West, better known as Rival Consoles, is now three EPs deep into his synth led atmospheric electronica. With Odyssey, Sonne and now Howl to draw upon in his impressive armoury, his one hour live set was a rugged work of classy genre spanning electronica.

Like his reputation and released work, this one hour performance was built upon music suited not only to your headphones but also for the big space of the Long Room. His background as a guitarist, rather than dance music producer, perhaps giving the balance needed to deliver music with a foot in both camps.

Taking to the stage with little fanfare, he made quick progress in setting the tone for a slightly more ambient first half with Odyssey.

Straight to business, West dodged to and from the pieces of kit laid before him guiding his set to a noticeable half-time split. Accompanied by tripped out dot-art visuals, and a crowd ready to dance, captivated whoops and yells of delight accompanied drops and breakdowns.

A more dancefloor orientated second half, yet no less listenable, was brought to a thrilling climax with “Looming”. This Burial-esque atmospheric stomper bringing the whole room forward, some arms aloft, delighting in the refreshing atmospheric and synthy finish.

Quick discussion with the stage manager followed, soon after another brash, bouncing track filled the room before he disappeared for good. Leaving the stage with a nod, thumbs up, and a swig of a pint. 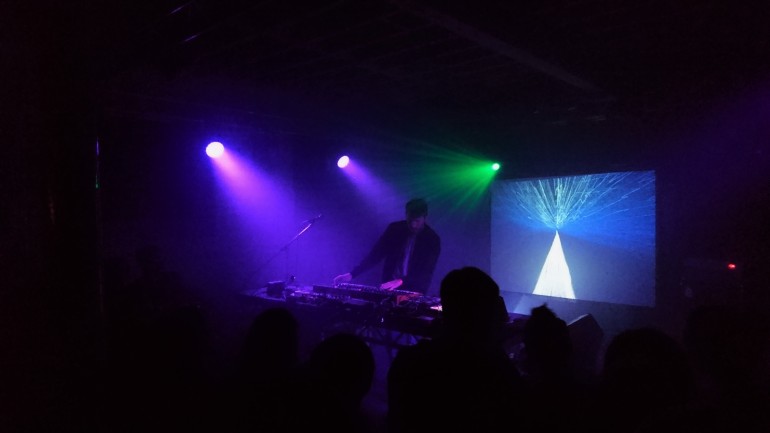 As unassumingly as he took to the stage, he left it. Hidden Door day two done by 11pm – and a room full of people in the mood to dance.

They say you should always leave the crowd wanting more. I don’t think there was any doubt that was the case. 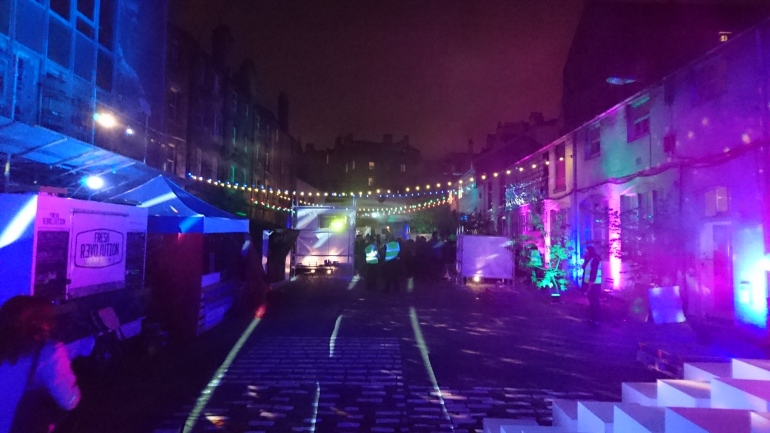