There’s without doubt no better way to spend your weekend than lapping up some of 2013’s best musical offerings in the capital so far.

With promoters unwilling to gamble on big names in Janurary when most of us have no money, and little motivation to head out into the shit weather, things are lighting up in more ways than one. Auld Reekie is supplying some huge bookings over the next month or so. But, I’ll stick to this weekend just now…

First up, ease yourself into the weekend with the first evening of Wee Dub festivities taking place from 7pm (Friday) at the Liquid Rooms with performances by East Park Reggae Collective (Live) & Mezzanine Allstars (Live), followed by the breaking in of Teviot House for 2013 with Jinx In Dub/ J Bostron / Breezak Bass / Jammin J all through Electrikal Sound System. Check out my preview of the Wee Dub Festival 2013 for more unmissable music over the course of this weekend.

So onto Saturday – the Rendezvous crew are back with their first Saturday of the month slot at 99 Hanover Street, an early evening dose of house to get you in the mood. Expect some stuff along the lines of Gary Carvel’s [Rendezvous] UKB Guest Mix #2, or the latest Rendezvous podcast from fellow resident Steven Willison. 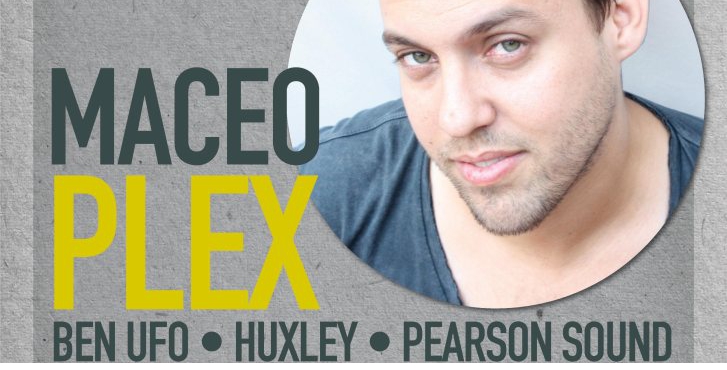 Get that taxi booked for the Annexe/Liquid Rooms for the 6th birthday shindig for the institution that is Musika. The flyers have Spaniard Maceo Plex and UK house stalwart Huxley  in LRs for the evening, but it’d be the party going down in the Annexe that I’d set up camp for. The seemingly impossible to categorise, David Kelly aka Pearson Sound, and fellow Hessle Audio key player Ben UFO  promise to deliver one hell of an evening of music down on the Cowgate. Following Ben UFO’s recent Fabriclive release, there’s understandably much excitement over the pairing this Saturday!

So there you have it – your weekend all set up. Help kick the hangover by getting along to the Wee Dub Festival’s reggae roast at Hemma on the High Street…see you there! UKB

Hi everyone! 👍🏼 . It's been a while since I've posted - have taken an extended break having worn myself out a bit at the end of 2018. . Update below, TL;DR - UKB is on indefinite hiatus. . ------ . I've been writing this blog since 2011, and it's helped me learn a load of new things, taken me to see amazing places I probably wouldn't have seen otherwise, drawn me to meet some really cool people and given me a heap of inspiration for my own stuff over the past 8 years. . For a number of reasons I felt like I wasn't creating the same content I had been, and for a while it had become more of an effort than it should be. . And when something that is meant to make you happy begins to become a chore, it's time to step back and stop ploughing on regardless. . Anyway, the point of this fairly hefty self-indulgent post is to say that I won't be posting here, writing the blog, or recording any more podcasts for the foreseeable future. . Ending on 50 mixes seems a nice way to go out! . But I'll be keeping this page as a record of the things I wrote about, paintings I took pictures of, and of the amazing folk who gave me their time and who helped me out along the way - thank you very, very much to you all! . 'til next time... . Steven UKB
Another throwback to being in #amsterdam. Around the back of a warehouse building while trying to find @pllek_amsterdam! . Artist unknown - you know what to do folks! 🙌 . . . . . . #streetartiseverywhere #street #streetart #art #graffiti #netherlands #explore #travel #creative #inspiration #urbex #mural #urban #urbanart
Another snap from a recent trip to #amsterdam - @Vyalone over at NDSM Werf! 👀 . Lots of great work over there if you're visiting, we'll worth the trip over to take a wander around! . . . . . #netherlands #art #abstract #graffiti #street #streetartiseverywhere #streetart #instablogger #instaart #colour #paint #painting #ndsmwerf #holland #noord #design #eye #urban #urbanart #publicart #mural #muralism #muralist
@tennents.lager brewery mural in Glasgow of the "Lager Lovelies" who used to be a feature of the Tennents beer cans, but obviously no longer are - for many reasons! . Cool mural in a sequence that were recently painted or restored by @conzo_throb at the brewery! . . . . . #street #streetart #streetartiseverywhere #tennents #beer #lagerlovelies #design #designer #mural #can #beer #beercan #glasgow #scotland #art #portrait #travel #instadesign #instaart
The latest Smug mural in #glasgow, painted a couple of months ago but only recently snapped it. Pretty good eh? . . . . . . #streetart #streetartiseverywhere #art #artist #portrait #mural #design #people #peoplemakeglasgow #scotland #travel #publicart #urban #urbanart
Another snap from 🇳🇱 at NDSM Werf. One of my favourites, @dripsndots with that distinctive rectangular style! . . . . . . #amsterdam #ndsm #ndsmwerf #street #streetartiseverywhere #streetart #design #spraypaint #painting #urban #urbanart #contemporaryart #character #cartoon #dotsy #travel #traveling #europe #netherlands
Great to take a quick look at the ongoing work at #ShocktheDock jam today. Another great event at @marineparadegraffitiwall here in #edinburgh! 👊 . . . . . #streetart #leith #scotland #art #artist #paint #painting #streetartiseverywhere #urban #urbanart #character #halloween #spooky #leith
🇳🇱 Spent a day in Amsterdam and caught some nice work at NDSM Werf. Most spectacular definitely this piece from @kobrastreetart of Anne Frank. . . . . . #streetart #art #mural #colour #paint #painting #colourful #urban #urbanart #ndsm #mdsmwerf #community #artist #building #warehouse #amsterdam #travel #traveling #europe #holland #netherlands #annefrank #history
Excellent mural stetching quite a bit off Abott Kinney. . Artist - @EricJunker . . . . . . #street #streetart #art #design #graffiti #mural #urbanart #blackandwhite #bandw #animals #designer #LA #travel #venicebeach #venice #losangeles