The UK’s only multi-venue festival (Wee Dub Festival) dedicated to the diverse and enduring sound of Jamaican music returns next month, laying down a weekend of emerging and established bands, DJs, MCs and soundsystems throughout Edinburgh.

Since establishing itself in 2011 as a one night event in Studio 24, the brainchild of Edinburgh based Polish promoter Gregory Lapinski [Lionstage] has grown year on year and has established itself as an unmissable weekend of music on the Scottish scene.

I caught up with Chris Knight, co-organiser of the festival to talk Wee Dub and top picks for this year’s festival, with only a fortnight or so to go before the music begins. 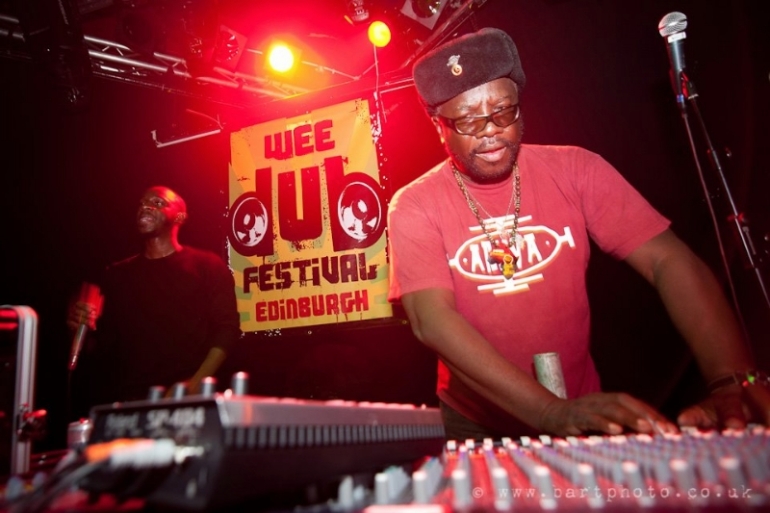 Having come into the Wee Dub Festival set up in 2012, after the rip-roaring success of the inaugural WDF, Chris’ music promotion project (Astrojazz – it has various other arms and legs too…), joined forces with Lionstage to grow the festival. “There was a gap in the market for new and diverse reggae events and he [Gregory] filled it”.

Those who have attended the Bongo Club’s Messenger Sound System will know the appetite that exists for this genre of music amongst an expanding and enthusiastic following. “Astrojazz came on board the following year [2012] to use my experience to help grow the festival – I saw the potential for it straight away”.

With a lethal combination of bands, DJs, MCs and soundsystems, the festival boasts a diverse array of music catering to many tastes. It may be this wide range of talent that has cemented the festival’s place on the calendar, but it’s more likely to be the community aspect that really endears itself to the locals. Wee Dub Festival 2013 will feature a film screening, community session, dub clinic, and what I’m looking forward to most (except the music), the reggae roast! (Check out the full listing of events)

“It is very important to have the community aspect” agrees Chris. “Music, and particularly roots and reggae music, has a strong social aspect, and we are always exploring ways to link the club and gig aspects back into a social context, both through education and kids elements”.

It’s exciting times for dub, reggae, dancehall, & jungle fans in the city, as Chris drops a hint that further expansion could follow in 2014 if this year goes well. Edinburgh’s growing Polish community will also be pleased to know that a version could well be making its way to back to their homeland in the near future too. Doskonały!

I finished up by asking Chris for a few of his picks for this year, and I’ll chuck in one or two of mine for good measure! Hope to see you there…! UKB

Prince Fatty : [Chris] “Prince Fatty is just a sublime producer with a sound that no-one is matching just now, and the anticipation of hearing him through a vintage reggae soundsystem like Big Toes is mouth-watering!”

[Steven] “Prince Fatty’s ridiculously upbeat and catchy version of Cypress Hill’s ‘Insane in the Brain’ may even be better than the original. Worth the entry fee alone!”

Zion Train : [Steven] “Very much looking to check out this full live show in the Caves, dub/dance at its best, in one of my favourite venues!”

Laid Blak : [Chris] “Laid Blak smashed the festival season last summer, and have a reputation as one of the best party bands out there.