The UK premiere of Ralf Schmerberg’s Red Bull Music Academy documentary ‘What difference does it make?’ took place this week at the legendary Sub Club in Glasgow, followed up by an entrancing live performance from academy veteran, Koreless.

There was something a little odd about being in a dark club with that leftover musky air from a weekend’s partying at 7:30pm on a Monday evening, but I liked it – and by the look on the faces of the 100 or so other lucky ticket holders, they did too.

Filmed during the last RBMA held in New York City, the documentary captures the wisdom, knowledge and wit (Tom Moulton and Seth Troxler’s contributions stood out) of some of the world’s leading music-makers to distil an insightful hour and a half of viewing.

From the carefully chosen, but maybe ever so slightly pretentious, words of Brian Eno to the casual post party back-and-forthing with Skream, the documentary followed artists in the studio and on the road. This provided a diverse look at the full spectrum of the musical production process and the euphoria that comes with nailing a track and being 100 per cent satisfied with the finished product.

Providing contrast to the hardened professionals were the fresh-faced Red Bull Music Academy attendees on a 2 term stint, nurturing their talent and boundless energy from their first day until the eventual showcase of work at the end of their residency.

Digitally filmed and filled with raw cutaways documenting the sprawling urban reality of New York, the film left me in admiration of the wide range of musicians, their talent and intelligence, but also at times a little bit dazed.

Their understanding of music, its construction, and the way they explained themselves and their processes, seemed so far from anything I could ever contemplate putting into practice. Very interesting and only slightly depressing, from a personal point of view!

After a short interval to clear the stage, retrieve the obligatory can of Red Stripe and hook up Koreless’ equipment, it was time to get down to the business of the showcase.

I can’t speak for everyone, but I was pretty mesmerised by the 50 minute live set from him. At the controls in a Boiler Room style format, he sidestepped, slid, and nodded his way smoothly through extended renditions of Sun and Last Remnants from 2013’s Yugen EP released on Young Turks. 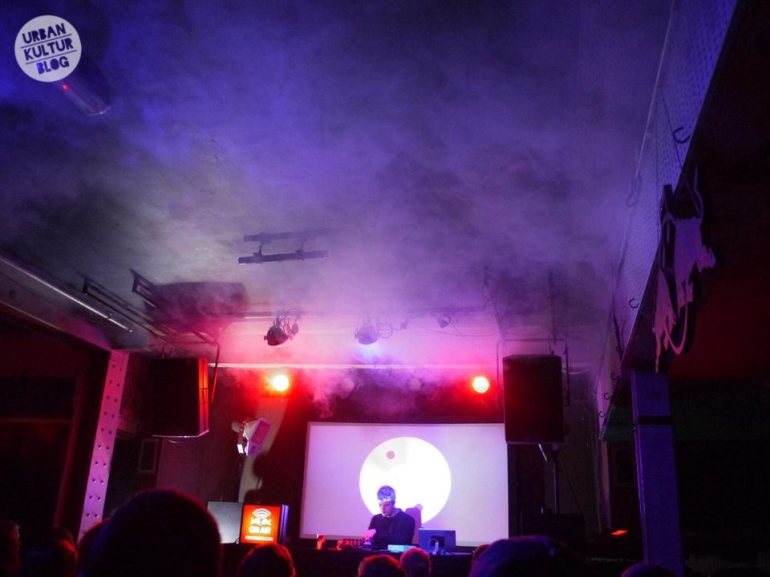 He demonstrated the craft of blending atmospheric layers together to form his electronica style soundscapes, modestly raising an eyebrow and nodding to the crowd when each track had reached its end, bringing on appreciative whoops and applause.

He rounded off the evening (if I remember correctly…) with a quick blast of 4D before sending us off back up the stairs of the Sub Club with a head buzzing full of sounds and quotes from the evening. All in all, a great way to launch the documentary, echoed by the club organisers who hailed the RBMA for choosing their iconic venue to host the UK premiere.

You can now download or stream the full documentary at www.rbma15.com