This week I was pretty happy to get my hands on 1 of 100 tickets available for the Glasgow screening for the world premiere of “What difference does it make?” – a film by Ralf Schmerberg and Red Bull Music Academy on, simply, making music.

Ahead of it’s worldwide digital release on on 18th February, the Scottish subterranean music institution that is the Sub Club will turn itself into a makeshift cinema. The basement club provides the perfect location for the screening – a club that has hosted the cream of local and international underground talent for over 20 years and, is a beacon for music makers in the city and beyond. 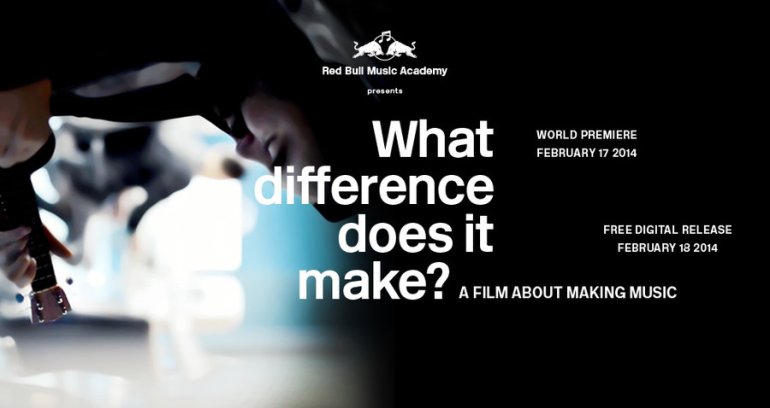 I’m looking forward to seeing the film and being one of the first to see the release as it’s screened worldwide from Sao Paulo to Sydney and all major cities in between. With insight from some of my favourite artists such as Brian Eno, Skream and James Murphy, it’s sure to be an interesting 90 mins.

To finish off the evening a performance from local boy, Koreless, in the Sub Club is promised which I’m also excited to see and hear. It should be an unusually stimulating Monday evening! Keep an eye out for a review of both the film and Koreless performance. Check out his Boiler Room mix from 2010 for a little insight into his talent.

To get your hands on any remaining tickets for the night – contact RBMAfilmscreening@uk.redbull.com and cross your fingers…