This weekend I dropped by Edinburgh’s Gamma Transport Division to check out the latest show from O.Two aka James Carey, Phosphene Smoke. 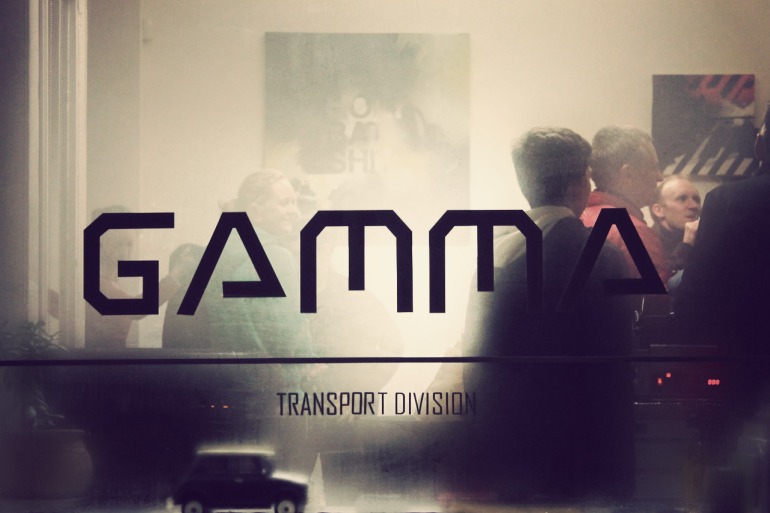 Keeping in with the surroundings at GTD, O.Two exhibited his abstract typographic work on the frame of a classic Campagnola frame, as well as on canvas and the walls of the cafe, bicycle shop and contemporary urban art gallery.

He described his work as “abstract typographical treatments, focusing on themes of youth, delinquency, and obsessive compulsions”. In what appeared to be a mix of acrylic paint and spray paint, the work looked great, the brash colours standing out along with the crisp lines and letters of evocative and nostalgic phrases like “holy bat shit”, “gotham” and “my “.

My particular favourite was definitely the bike frame, and also the nice use of the wall and canvas in the same piece. 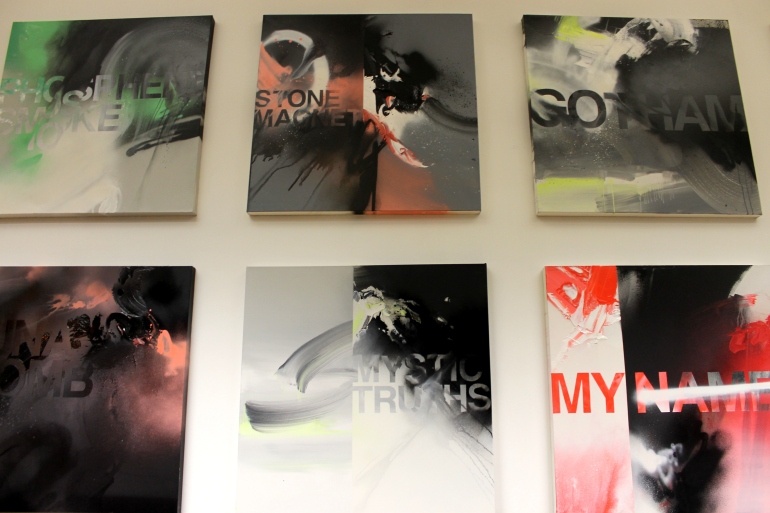 It was great to check out the work of O.Two in person, as an artist whose has been seen at See No Evil in Bristol, and has exhibited with names like Revok and Roa, he’s clearly well respected and rightly so.

Also displayed was the book Futurism 2.0 by Gamma Proforma, which had loads of interesting stuff within, looked like it would be well worth tracking down for those with an interest in the scene.

Already looking forward to the next name invited along to Gamma Transport Division!