Following the recent “Bold Town” graffiti jam organised by local art supplies store Spectrum Arts, Edinburgh’s Old Town has seen a glut of impressive new public artwork appear to the delight of many, not least workers who traipse these drab roads to and from the headquarters of Edinburgh City Council.

With a number of ‘arches’ providing the unusual canvas for the local and not-so-local talent in addition to the straightforward wooden boards guarding the impending Caltongate development site, this latest layer of paint displays some fantastic talent in the capital.

Among the standouts are the Toasters trio, with an abstract angle on everyone’s favourite household appliance. 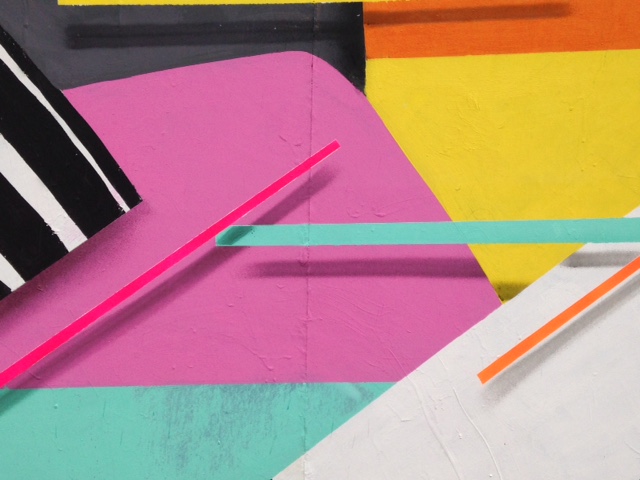 Edinburgh’s seemingly becoming favourite destination of theirs having chosen the city for the Toaster Tuesday giveaway back at the start of the year, which UKB nabbed the only one on offer. A number of their sticker pieces have also become more frequent across town. I could be wrong, but I think this is one of the first larger scale pieces from them in the capital. Anyone with a better knowledge of their previous conquests in Edinburgh feel free to correct me here…

Glasgow-based Rogue One decorated one of the arches with homage to cult film protagonist Donnie Darko, in his signature photorealistic approach. Well known in public art circles for some of his larger works, particularly in Glasgow, it’s great to see some paintings through on the east coast. 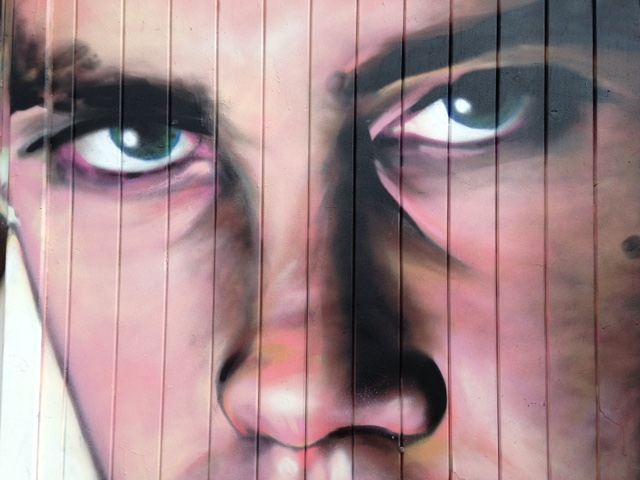 Work in Progress Edinburgh (WIPE) co-founder and local artist Chris Rutterford, displayed Scotland’s official animal, the unicorn, with a really interesting technique. As an aside, it still baffles me how our official animal isn’t actually an animal at all…all very evocative though.

Nevertheless a really cool piece of work. In many ways it reminds me of guys like Jimmy C and El Mac whose work is built up from specific geometric shapes or smaller elements that when put together form an impressive whole. Jimmy C’s circular spray can drips and El Mac’s overlaid concentric circles and lines are well worth taking a look at to appreciate that approach. 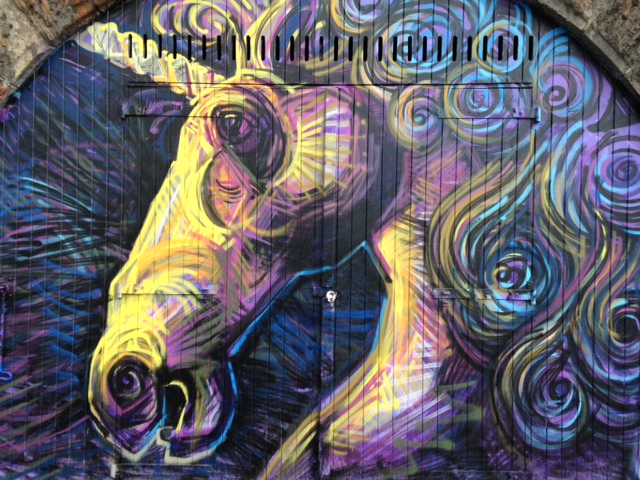 Hope there’s more to come from these places, it really feels that since groups have taken ownership of organising jams and other events we’ve seen how they can be used for the better.

However with impending gentrification, these events could well have their days numbered. The offer of big money investment (£150m) over local artistic endeavour looks likely to be one too good to refuse for this area, traditionally something of a no man’s land…