Anell’s journey to her find her own sound, a blend of uplifting soulful house and nu disco, follows a less ordinary path than many of her contemporaries.

Classical violin, gospel singing and jazz vocals led her to her real passion – digging for new music and exploring the various styles electronic music has to offer.

Explore her world in this exclusive hour long mix for UKB.

I first discovered Anell’s music via her Hoxton FM programme, Daydreaming, where her positive, well constructed, varied and fun set made an impact in among the atmospheric and moody techno inspired sets that have filled my recent playlist.

Speaking after recording this latest mix and in between a hectic gig schedule, Anell explained her move into electronic music from her homeland, “I wasn’t DJing [in Lithuania], but I was working closely with DJs and performing vocals on theirs tracks.”

“I would say I was probably one of the youngest vocalists out there performing in night clubs – I was still under age when I started it. I only got into DJing late 2011 in London when a friend of mine showed it to me, it started there.”

“I guess there were a lot triggers [for starting DJing], being in the dance music scene from an early age, being surrounded by other fellow DJs and just loving finding new music as well as exploring new styles and shaping my own.”

While her move to London may partly have been inspired by the lively scene and ever-growing electronic music community, she holds a lot of respect for the scene back in Lithuania that effectively planted the seed.

“I can definitely tell you that Lithuanian clubbing scene is something to watch out for. Our DJs and producers are incredibly talented and event organisers are always throwing some amazing parties.”

“We definitely love late nights to turn into early mornings!”

So what can you expect from her UKB Guest Mix? I wanted to find out about the development of her sound and her perception of it.

“I don’t like to tie myself to one particular style. It’s very much depending on the mood and vibe of the audience. I definitely play bright and uplifting music which is based on melodic patterns, funky bass and juicy vocals”

“But if I had to narrow it down to a certain style, I would say soulful house and nu disco.”

Hearing how DJs from across the electronic music spectrum approach their sets whether performed in public, or for a digital audience only, is fascinating. Some sculpt their set on the fly, others test and re-test combinations of tracks and mixing in and out points for the optimal sound.

So, how did this latest mix come to be?

“I am always very spontaneous whether it is during a live DJ set or recording a mix at home. I get a bunch of music I love, chuck it in one folder and usually just call it ‘NEW MUSIC’ and put a date of the day I got it.”

“Sometimes I even give the folders funny names like ‘make them shoulders groove’ or ‘winter warmers’. When recording a mix I only decide which track I will start with and let all the other songs flow in naturally.”

“I never pre-plan my mixes but that’s just the way I am and there’s absolutely nothing wrong if other DJs do. As well as we all have different tastes in music we also have different styles of mixing and finding new music. That’s the beauty of it all.”

“The goal [for the mix] was very similar – to show that different styles can nicely accompany each other. Of course I didn’t go that far off stylistically but I believe that mixing it up a little bit will keep listeners ears occupied. It will excite them and make them wait for your next move.”

Here time, and show, at Hoxton FM may have come to an end for now, but she was keen to address the situation for her fans and followers of the station. 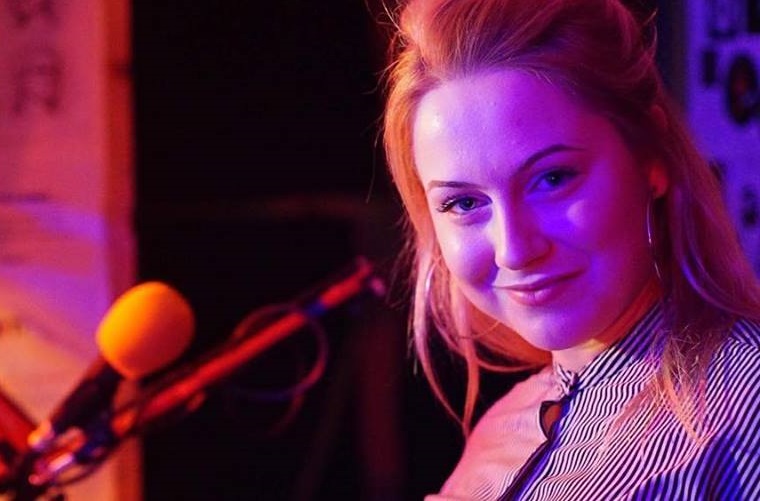 “There is a big misunderstanding about the existence of Hoxton FM. The radio station moved out from their Hackney road studio but will continue to broadcast from various exciting locations and work with amazing artists!”

“I was personally contacted by few other radio stations regarding moving my show elsewhere, however I support and will be involved in upcoming projects with Hoxton FM, so keep your ears wide opened as exciting things are coming your way!”

Good news for us all.

Let Anell’s latest podcast, and set number 47 for the UKB Guest Mix provide the soundtrack to whatever your doing right now.