ROA brings his take on urban wildlife to D*Face’s Stolenspace Gallery for his latest show, Dormant. 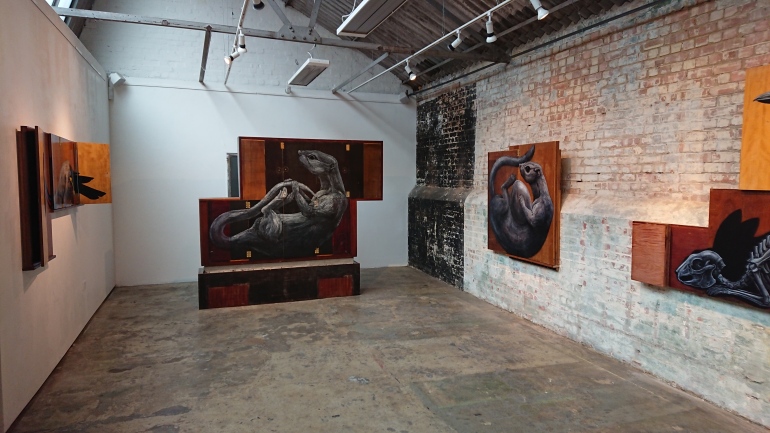 This show presents his hand painted and distinctive black and white creatures in new light – having previously adorned the city shutters, and building sides around the world and also the four walls of some of the worlds best urban and street art galleries, like 2011’s Art In The Streets exhibition which took LA by storm.

The end product is almost as fascinating as method he applies when creating his work. Finding himself in a new city, ROA explores the urban environment, allowing him to better understand and examine his surroundings, and observe the constant battle between city living and natural wildlife. 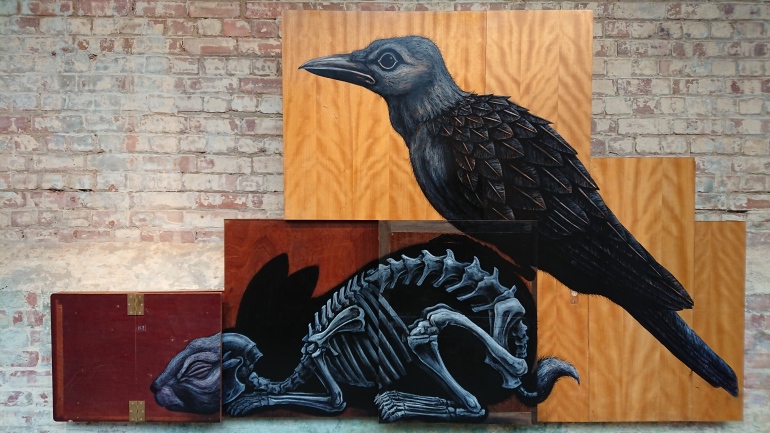 In Dormant these manifest themselves in a hands-on display, with his trademark paintings bringing life to found objects and furniture. The placement of these on man-made objects emphasises the ongoing battle between humans and nature in urban settings. 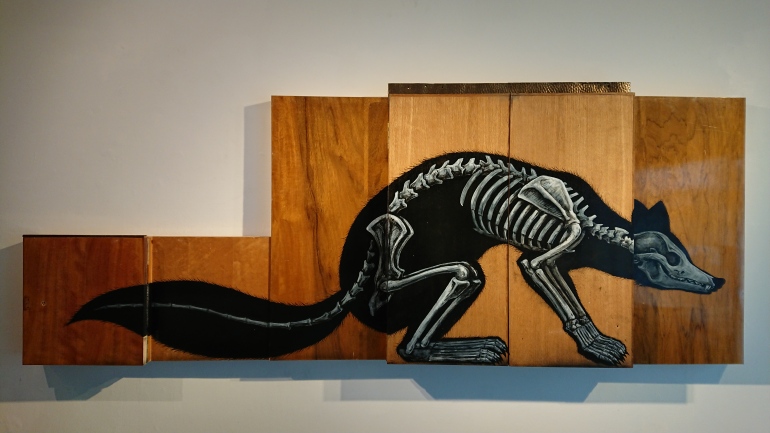 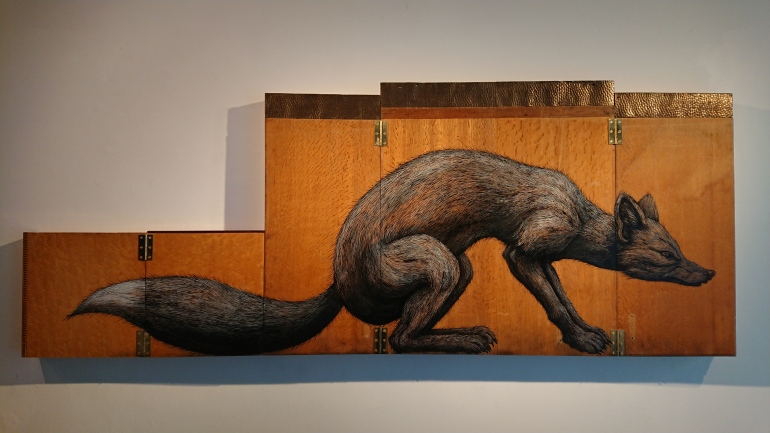 Cabinets, once opened reveal the innards of the birds, rodents and other animals that inhabit the bustling city, fending for themselves along with millions of others, but adapting to their perpetually evolving circumstances. 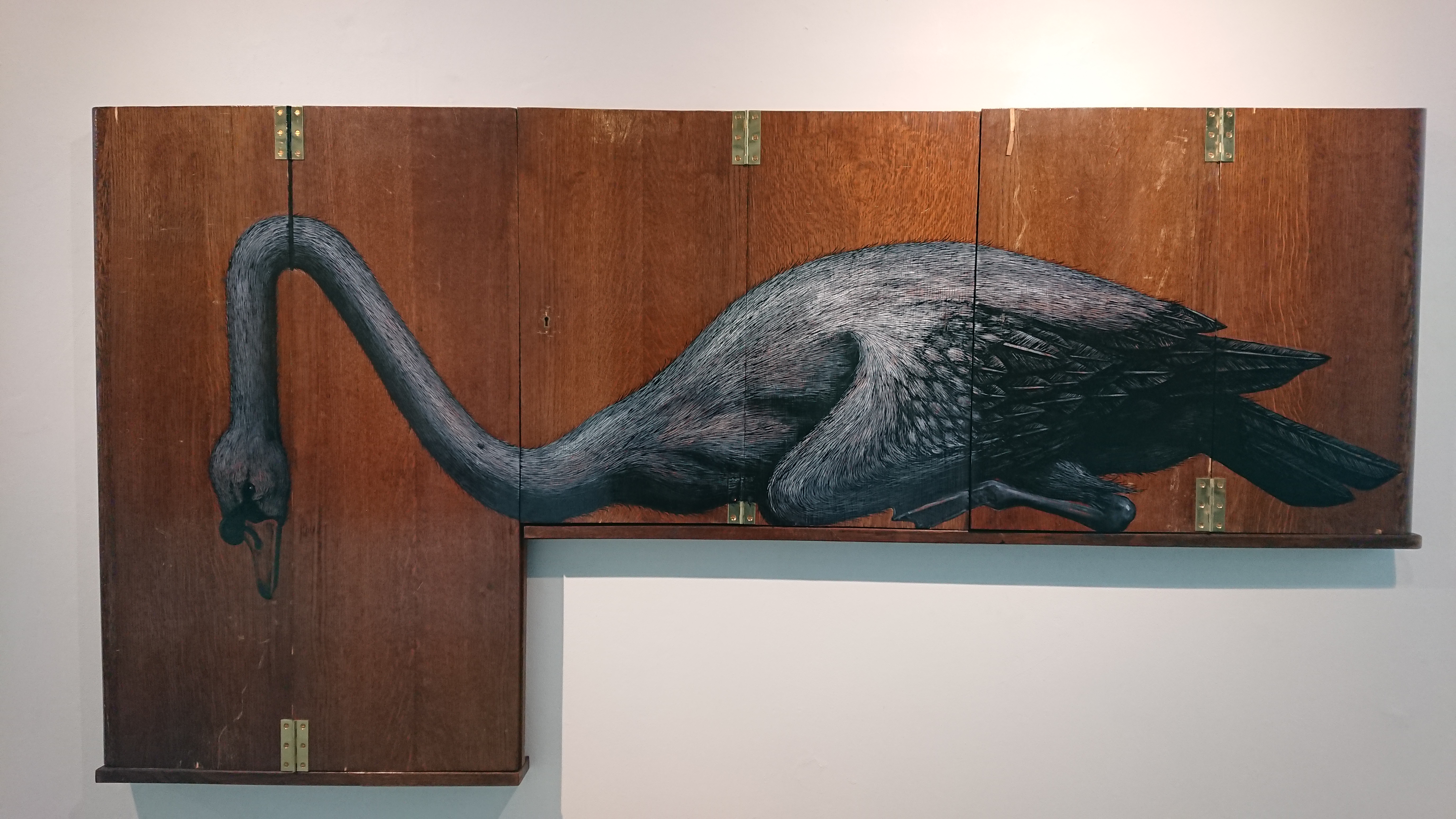 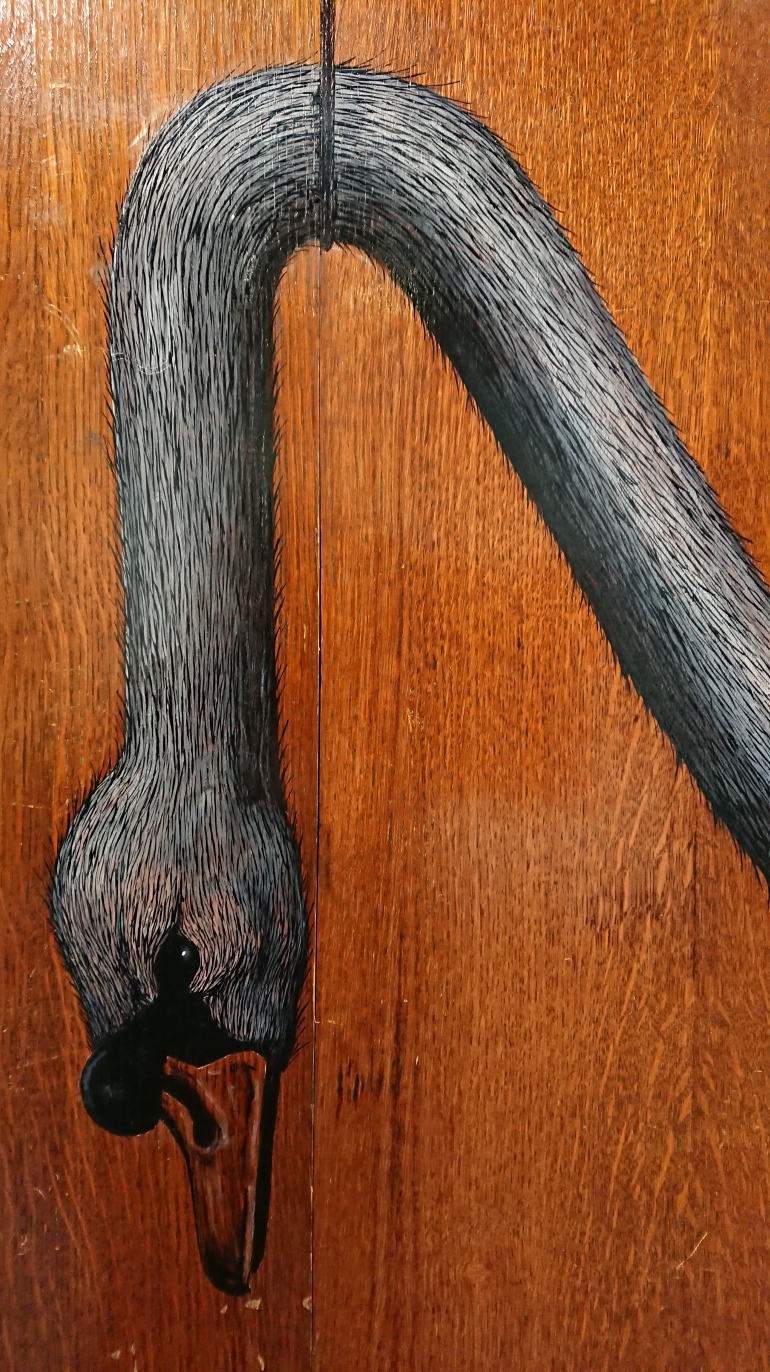 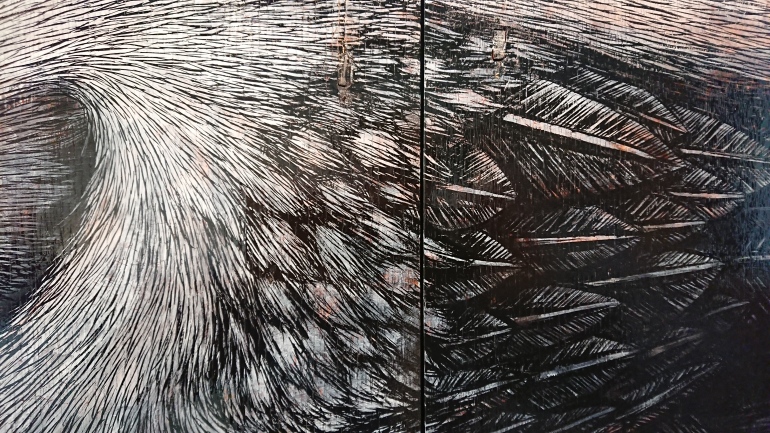 ROA’s paintings in this scale are undoubtedly impressive, some of the biggest thrills in this show come when you physically interact with the work. The shallow cupboard-like spaces and panels that ROA has chosen to work with are fully functioning, and it’s only by opening, closing, pulling and twisting these that you are able to fully appreciate the work in Dormant.

Catch this one while it’s still up.