Running from the beginning of April until last weekend, Mr Penfold’s latest solo show “Tabs, Butts and Dog Ends” follows the theme of, well…tabs, butts and dog ends. The clue’s in the name, right?

Last time I spoke with Mr Penfold was back in 2013 as he was preparing for a show in Camden, exhibiting some of his more abstract works, at a time when they were beginning to creep into more of his street compositions.

Fast forward to 2015, and this latest exhibition at Graffiti Life, and a further step in the progression of his work.

Straddling a line between the abstract and illustrative, his latest exhibition stepped further away from the distinctive, rich and playful characters that many (including myself) got to know and love, and move further towards minimal, stylised designs and more intricate illustrations.

The series of  A4 sized ink line drawings of various smoking paraphernalia and other more abstract representations were among my favourite, maybe because they were not really what I was expecting to see. The series “Match Study 1” worked well as a body of work, but equally as well individually. This simplistic style with clean, dark  lines and minimal fuss really appeals to me.

Penfold also got to grips with the walls within Graffiti Life with 3 pieces in situ, making the most of the space to display larger versions of his framed work. His giant cigarette (below) was really nice, and for me it stuck out as one of the best in the exhibition. Again the bold colours, clean lines and uncomplicated style are spot on. 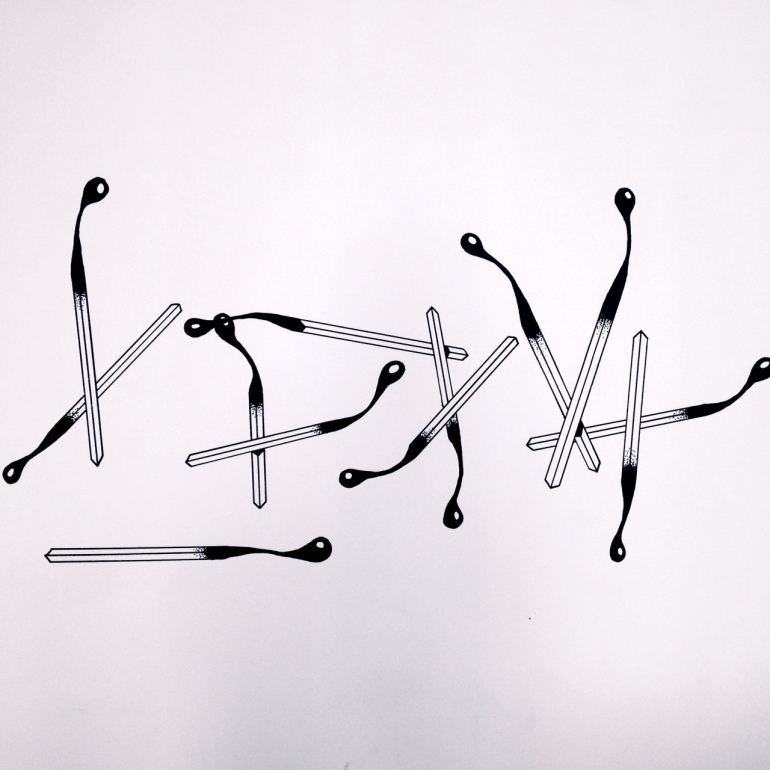 Finally these squashed up ‘dog ends’ were closer to the Penfold style I was used to, with characteristic colours and an almost playful style similar to his characters. I wondered if this was part of the idea, transferring that playfulness from his curvy, purple-nosed artistic offspring, to the inanimate and stripped-back cigarette?

Maybe I was reading too much into it…

Regardless, assessing them on a solely visual level, I would love to have a few of these for my own four walls. 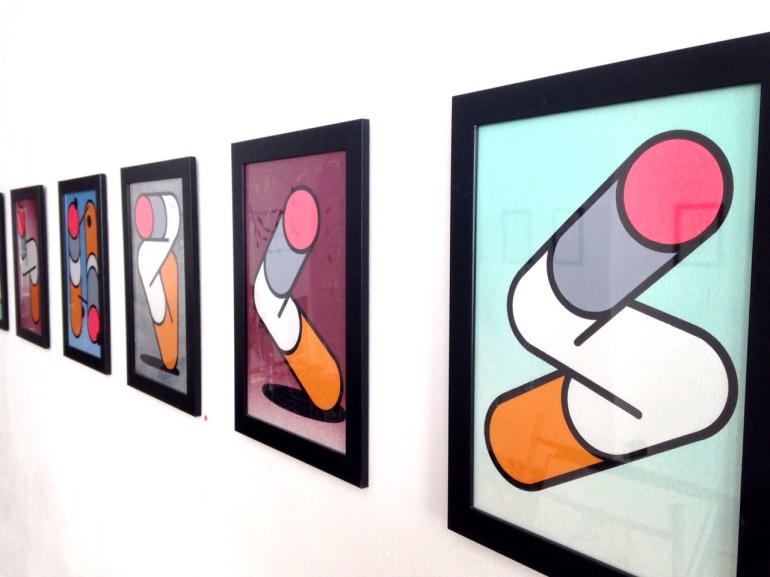 Overall I really enjoyed the exhibition, and hopefully some of you got a chance to take it in before it closed late last week.

I’m really excited to see what he comes up with next on the street. It’s been a little while since I’ve seen any of his work in the flesh in London (or anywhere for that matter) and based on the evidence set out in this exhibition there could be some really nice stuff in the pipeline!

Check out more from Mr Penfold on his website. Like his style? Penfold was also involved with Edinburgh based clothing company Pieute, designing their signature tees.

Have a look and support the guys!