Edinburgh’s Blameless Collective return with a new mural on the Union Canal, once an important industrial artery leading out from Edinburgh’s city centre. 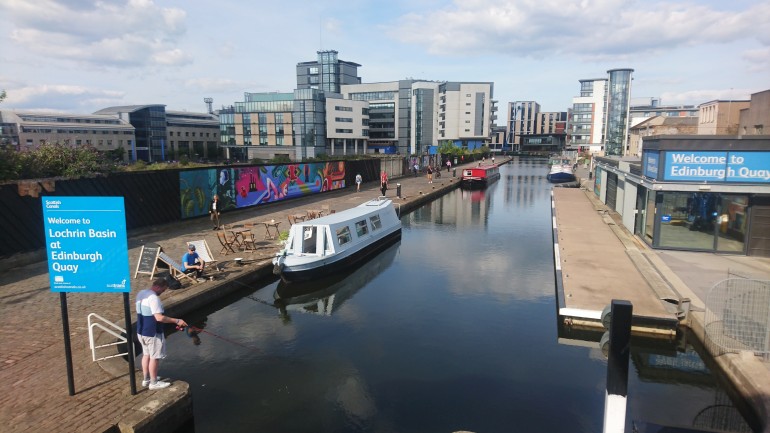 The inspiration for the piece came thanks to an upcoming move by Edinburgh Printmakers who are soon to relocate to a nearby building on Gilmore Park – at one point home to the North British Rubber Company.

The North British Rubber Company played a massive part in Edinburgh’s history, once employing over 10,000 people from the local area. Their production began by making tyres, conveyors, hot water bottles, and rubber boots. 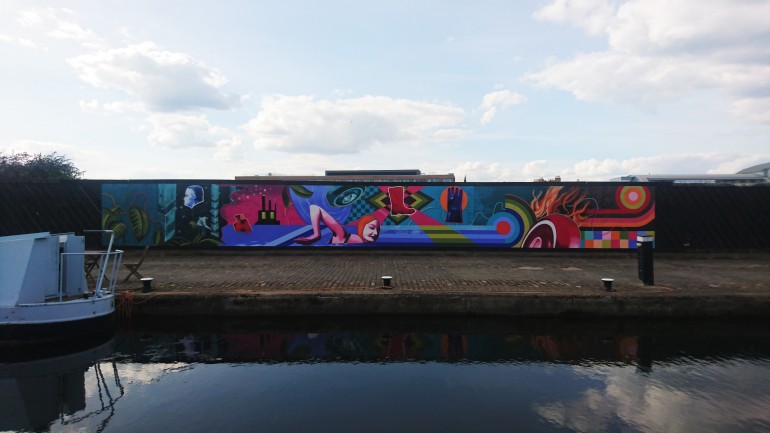 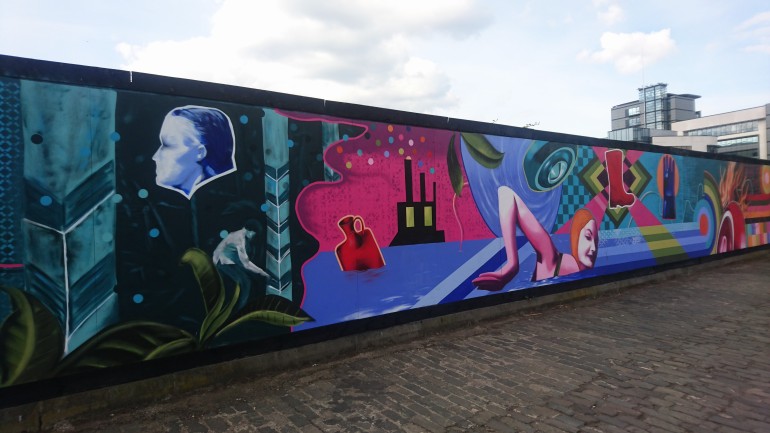 Rubber boot production was boosted by World War I as the War Office commissioned the North British Rubber Company to design and make a sturdy boot suitable for the flooded trenches. During the war over 1 million pairs of trench boots were made, with mills running 24 hours a day to keep up with the Army’s demand.

The mural is a collage of archive material from the North British Rubber Company – and blends together the individual styles of both artists to create something that has a contemporary feel but with a strong connection to the area’s history. Another excellent piece of public art for Edinburgh to feel proud of.